All your English Language Radio Stations in One Place ..Listen Now

Now you can listen to all the most popular English language radio stations here in Spain in one place, just visit the CNR home page and click on your favourite station logo on the right hand side of the page.... "Your City Media" CLICK HERE TO CHOOSE YOUR STATION From our home page #new

AN ‘important’ Italian mafia leader has been arrested on the Costa del Sol. In cooperation with Italian cops, Policia Nacional picked up the suspect in Benalmadena in a raid last week. Thought to be a leading member of the Calabrian Mafia, the suspect, referred to only as C.P, is wanted in his home country for international drug trafficking. Born in Caulonia in 1948, the gangman is facing 24 years behind bars. He was arrested at pizzeria in Benalmadena on November 21 at 11pm.

ANDALUCIA has seen a 10% rise in foreign tourists in the first ten months of this year compared to the same period in 2016. Some 10,451,449 extranjeros visited the holiday hotspot between January and October, according to the National Institute of Statistics (INE). In October alone, a huge 1,122,329 international tourists visited the region, 2.6% more than last year.Andalucia is now the fourth most popular destination, behind Catalunya, the Balearic Islands and the Canary Isl

23 Junta politicians are being investigated as part of the training courses scandal. The training courses scandal saw Junta money, destined for courses to help people get employment, line the pockets of corrupt politicians. Around €11.9 million has been recovered out of an estimated €149 million that is thought to have been stolen. It comes after the Anti-corruption Prosecutor’s Office concluded that the Andalucia Foundation for Training and Employment made more than 8,000 ‘i

CNR-Online, innovators in The new generation of radio "On Demand" your music when you want to listen Commercial Free #new

A COW in Spain was destroyed today after it was found to be carrying ‘mad cow disease’. The Salamanca farm animal tested positive for bovine spongiform encephalopathy (BSE), according to Spain’s agriculture ministry. The ‘atypical’ strain of the disease was uncovered on November 10 during a routine screening, the OIE said, adding that the source of the infection was ‘unknown or uncertain’. Read full story at Olive Press #new

On December 6, Brussels will propose turning the EU’s bailout mechanism into the European version of the International Monetary Fund (IMF). The proposal, to which EL PAÍS has had access, scales back initial ambitions because of Germany’s reticence to support bolder plans. With initial firepower of €500 billion, which could be boosted up to a further 20%, the new European Monetary Fund will bail out member states in exchange for reforms, as the European Stability Mechanism (ES

Malaga celebrates another Michelin star, this time for Bardal in Ronda

Benito Gómez was awarded the star for his new venture, which "completely surprised" the Michelin inspectors READ FULL STORY Sur in English #new

THE Costa Brava is seeing a resurgence of young millennials flocking to its sandy shores. It comes as holiday bosses at Thomas Cook say retro destinations are making a comeback and that their popularity is set to boom next summer. UK managing director Chris Mottershead said: “We’ve seen destinations move up and down the popularity stakes. READ FULL STORY OLIVE PRESS #new

HALF of Malaga province taxis to join nationwide strike on Wednesday

HALF of Malaga’s taxis will join a nationwide strike on Wednesday following a ruling on Uber and Cabify drivers. The president of the Costa del Sol Taxis Confederation, José Royón, said the taxi service in the province will be provided at 50%, but assured customers there will be ‘enough vehicles’ to meet the demand ‘without any type of anomaly’ READ FULL STORY AT OLIVE PRESS #new

Many Catalans are growing weary of a pro-independence process that has been dragging on for five years now. A new survey shows that 80% of them want to see a governing team emerge from the December 21 elections that will help heal the wounds created by the politics of division. READ FULL STORY AT EL PAIS #new

Forty people were injured after a section of floor at a packed nightclub on Spain's holiday island of Tenerife collapsed on Sunday, sending revellers plunging into the basement, officials said. Rescuers rushed to the Butterfly Disco Club in Adeje at about 2:30 am (0230 GMT) after a roughly four square metres (43 square feet) of its floor gave way. The injured included two French men aged 38 and 40, two British men aged 57 and 59, a 45-year-old Romanian man, and a 23-year-old

US Navy jet draws a cock up in the sky...

The US Navy has confirmed one of their jets was involved in the drawing of a penis in skies over Okanogan County in Washington state. An official from Naval Air Station (NAS) Whidbey Island acknowledged a Navy E/A-18 Growler warplane was responsible for the "immature act" on Friday. The air crew have been grounded while an investigation is carried out. Vice Admiral Mike Shoemaker, the commander of Naval Air Forces, said: "The Navy holds its aircrew to the highest standards an

Bruno Langley, who was recently sacked from ITVs Coronation St after he was charged with two counts of sexual assault on a night out in Manchester was spotted partying on the Costa del sol this week, but not in the "Celebs Playground" of Marbella but in the "Gay Area" of TORREMOLINOS !!! Bruno who plays gay character Todd Grimshaw has been in the soap for 17 years, was enjoying a drink or two with friends in The In La Nogalera, Torremolinos. No doubt chilling out before his 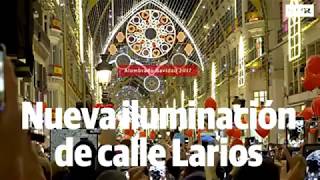 Greggs has apologised for a Christmas advert that replaced the baby Jesus with a sausage roll in a traditional nativity scene. The picture shows the Three Wise Men surrounding one of Greggs' trademark sausage rolls, rather than the newborn Jesus. But the image has been deemed tasteless rather than tasty by pressure group the Freedom Association, with chief executive Simon Richards describing the image as "sick" and those behind it as "cowards". He tweeted: "Please boycott @G

Ryanair have backtracked on some of their new baggage restrictions due to come in force on Nov 1st.In a statement Ryanair announced they will postpone some of their new baggage rules until the beginning 2018. The new restrictions included having to pay €5.50 for priority boarding if you wanted to take a wheelie bag into the cabin. A Ryanair spokesperson said the delays were to allow passengers “more time to familiarise themselves with the changes.” The new rules will come in

A judge of the Superior Court of Justice of Catalonia (TSJC), Mercedes Armas, has ordered Google to remove all links and apps for mobile devices and tablets that explain how and where you can vote in the "illegal" Independence referendum on Sunday 1 of October. The pro vote organisation released the app after the websites on the referendum were closed by court order. The judge has taken this precautionary measure on advice from the Civil Guard informing him of the commission

USA Giant ,Warner Brothers have demanded that Spanish authorities cover up the Looney Tunes characters painted on the ship used to bring riot police to Barcelona. The ship , which is covered in cartoon characters is currently being used to house more than 4,000 riot police ahead of the outlawed Catalonian vote on Sunday. Warner Brothers are said to be furious that images of their much-loved Looney toons have been seem worldwide surrounded by military and armed officers. The